Not only are we 2 little Sheltie boys, we have 3 kitties in our famdamily.
thought we should introduce them as well 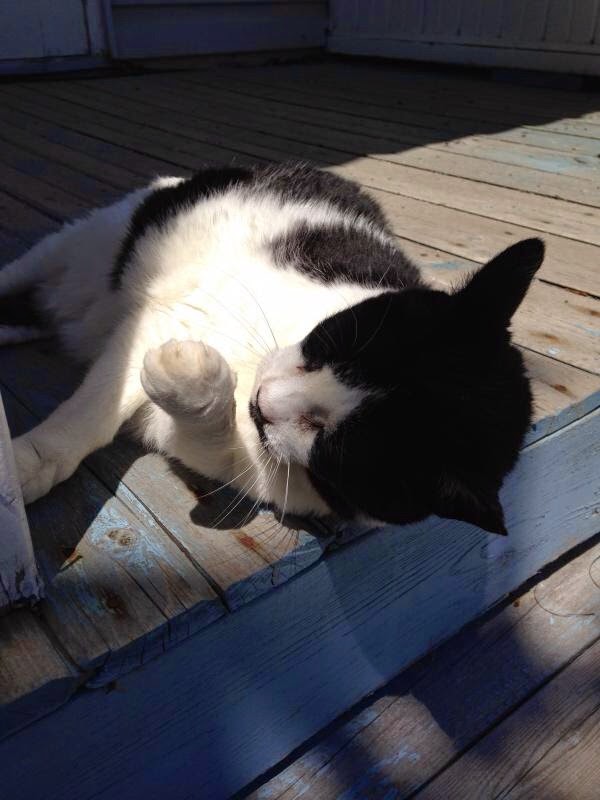 Pookie is the old lady, she is 17, can u believe it. She was adopted from the humane society. She is very healthy for an old gal, just a wee bit deaf. She loves basking in the sun and she insists on her milky doodoos every morning ... which we kindly lick up when she is done ... 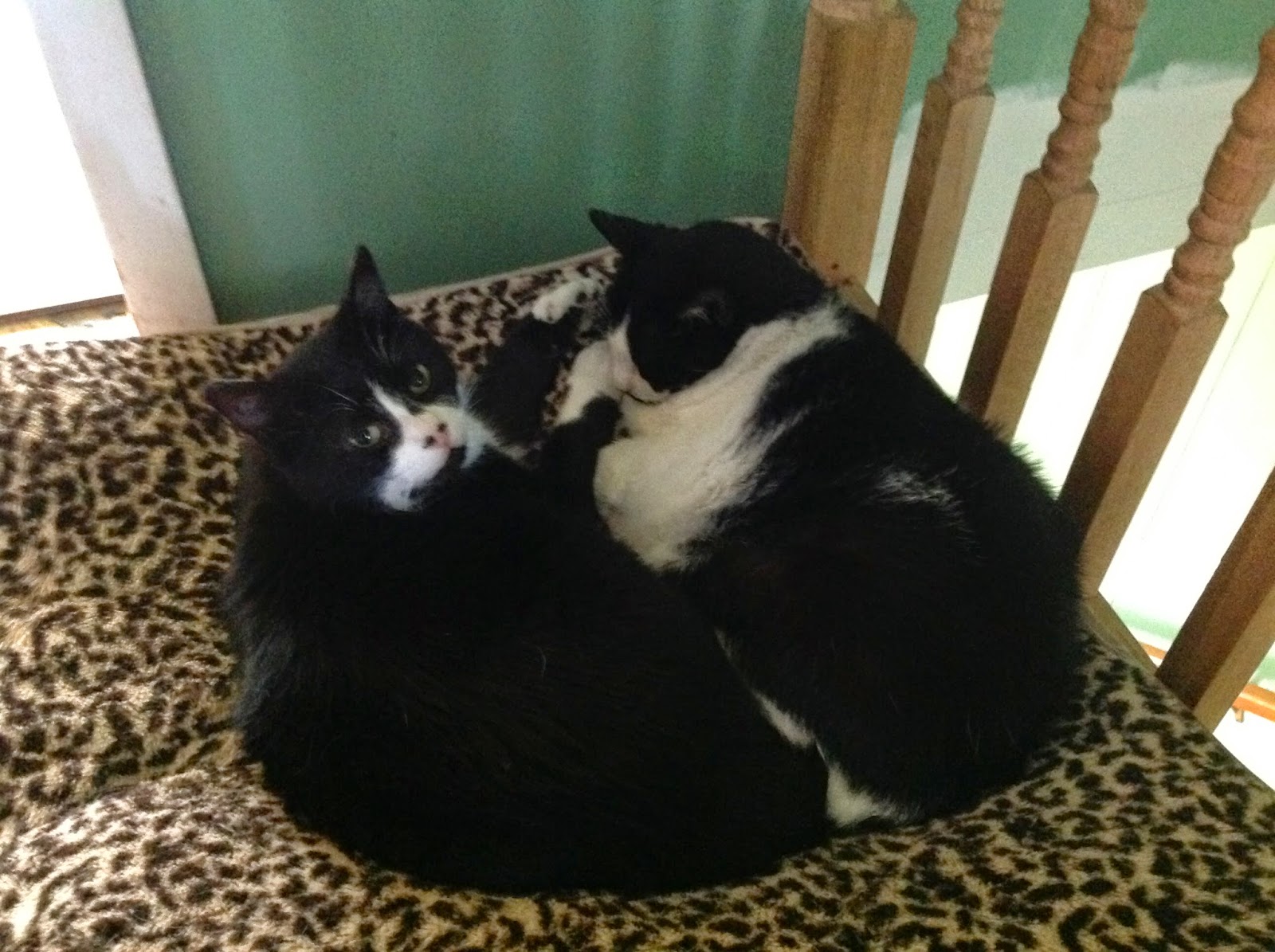 Then there is monkey boy, the dad's best boy who he rescued. Now he is not the original monkey boy but dad missed him so much he called the new one monkey boy too! Here he is spooning with Pookie. She never had any kitties of her own, so she kind of adopted him. They do this a bunch. 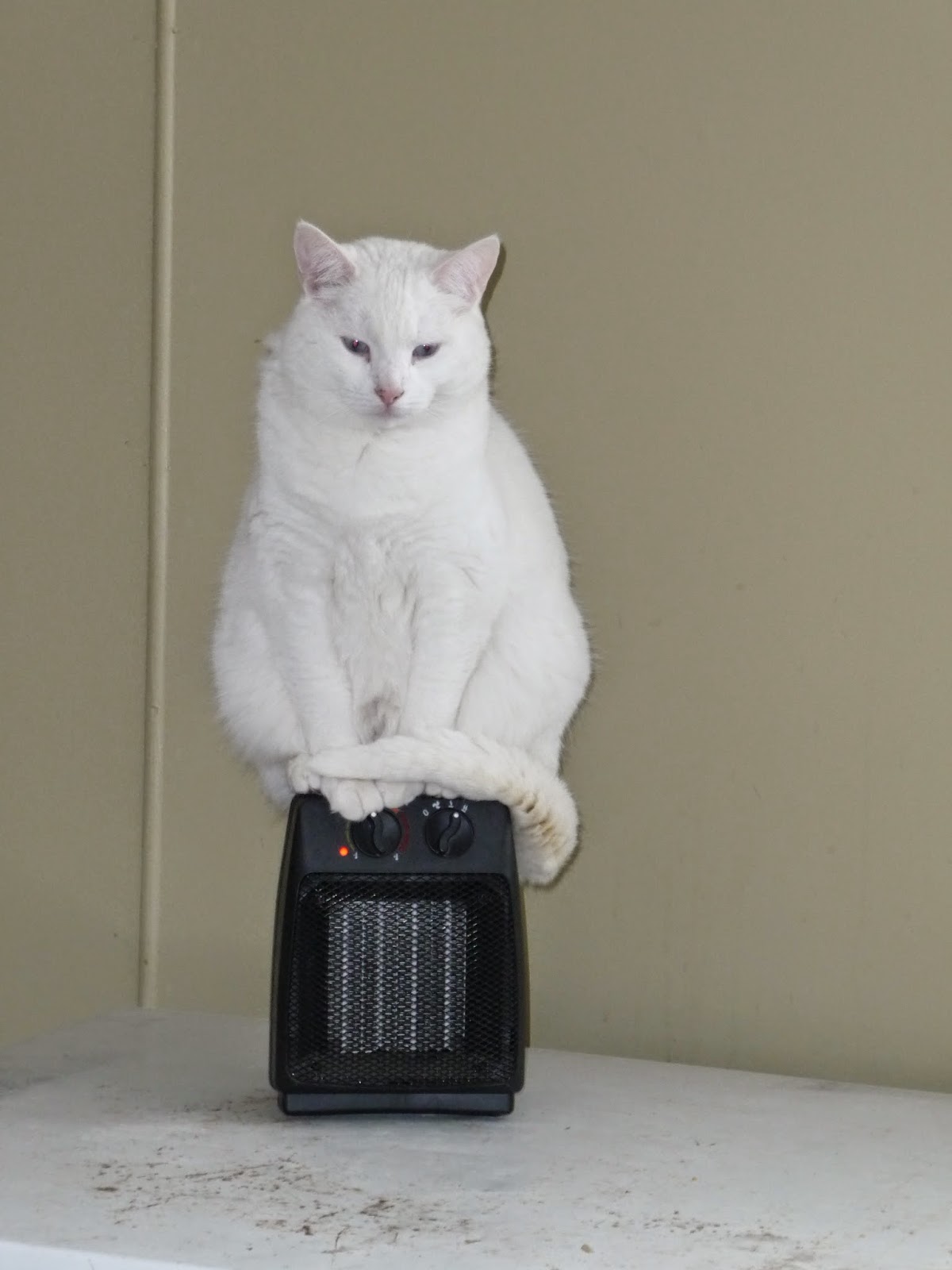 3rdly is Pearl, she is pure white with blue eyes, white as ivory snow. She is a rescue too, in fact her shelter name was Ivory. Mama drove a couple of hours to get her Mom a white cat, which she just had to have. Grandma didn't like the name Ivory and usually ended up calling her Pearl, from when she had 2 twin sisters which she called Minnie & Pearl. When the grandma passed away, Pearl came to live with us. She is kind of a "if I fits, I sits" kinda girl. 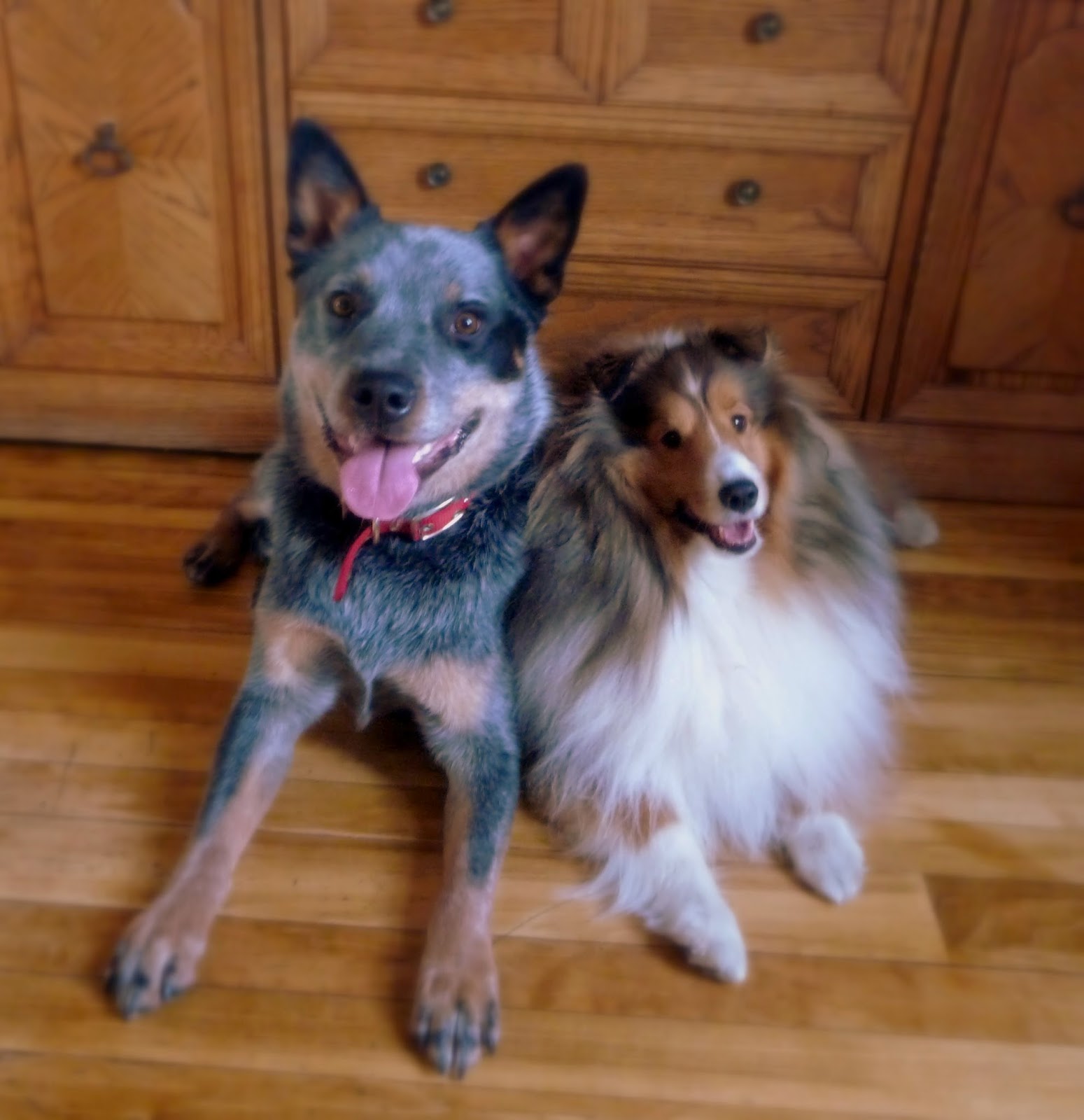 and since we are introducing family members, here is Argus, an Australian Cattle Dog. When the skin kid got him, they lived with us, so I had to show him the ropes ... smile & you get treats ...
﻿
Here he is showing his donkey ears, but like I said before, I wouldn't say that to his face. They have their own house now but he still comes for visits.

Hope you enjoy meeting the non sheltie family members. Have a great day!!